The Tekec Nativity Scene – A Festive ‘Must See’ in Tržič

The festive season is in full swing with the Christmas lights on and markets open in many of Slovenia’s towns and cities. Even some of the smaller ones, such as Tržič, have joined in the festive spirit and, for the first time, the town had an official switching-on of its Christmas lights recently. 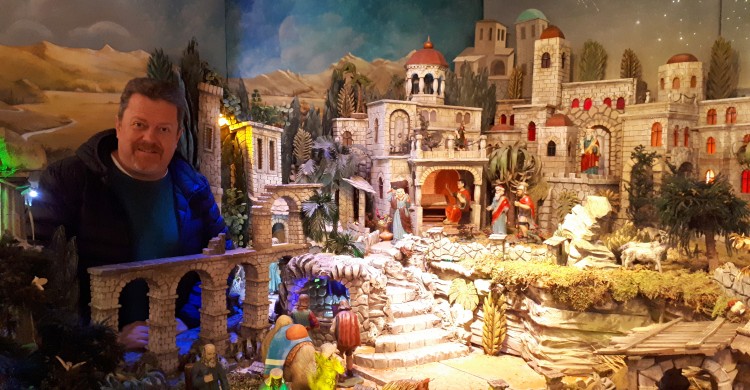 I went along to see the mayor light up the tree, and whilst there took the opportunity to go and see the Tekec nativity scene (Tekčeve jaslice). 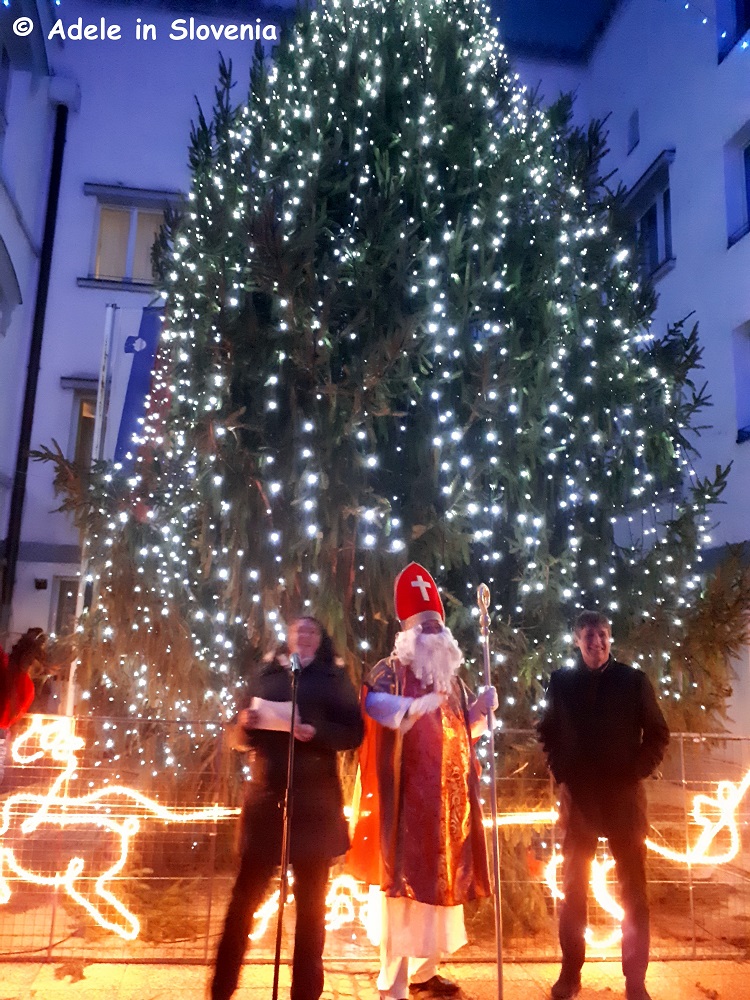 There was a large turnout in the atrium of the old town centre, which was just as well so we could huddle together to keep warm! 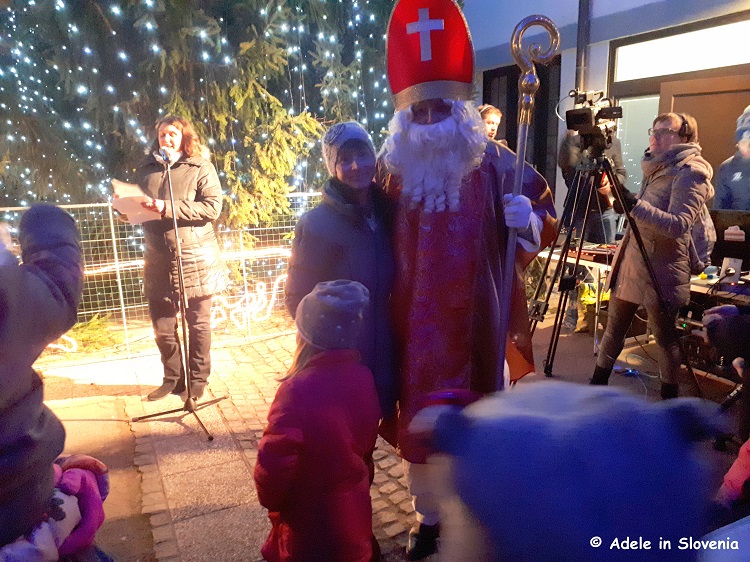 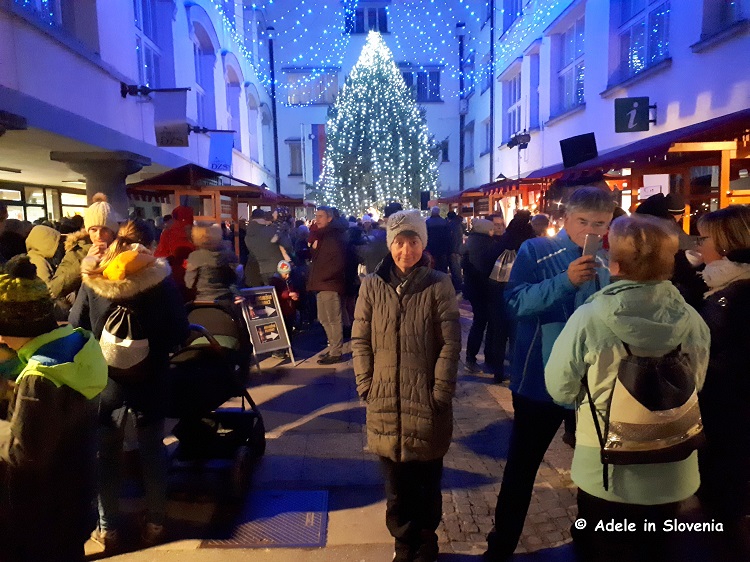 I then made the short walk from the main atrium towards the town’s main church and to Cerkvena ulica 2 (No. 2 Church Street), which can be identified by a shooting star in the entrance porch – as seen below – to see the Tekec nativity scene! 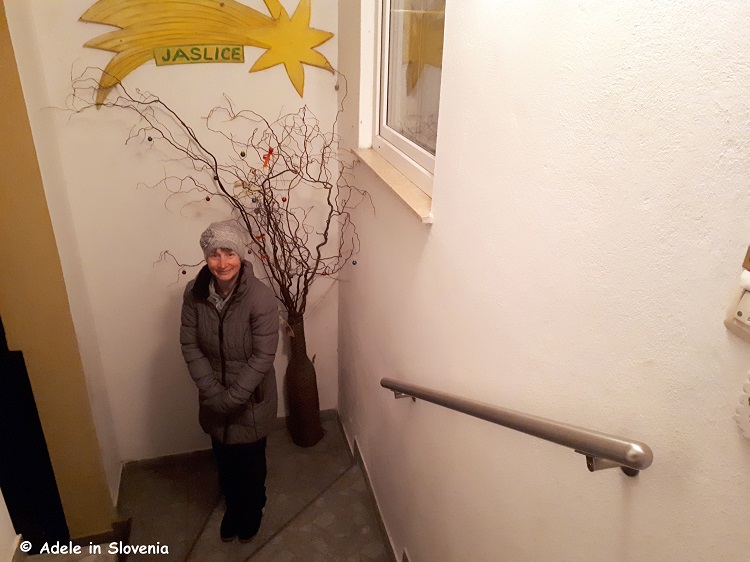 I have to say that, not really knowing what to expect, I was very pleasantly surprised. The name ‘Tekec’ comes from the name of the house in which it is situated – Pri Tekcu. The fact that it is hidden away in this house in Tržič is – in my opinion – both a marvellous bonus for the town and its people but also a crying shame, as it is such a wonderful scene that it deserves to be far more well known and appreciated.

So, for those of you visiting the area over the Christmas/New Year period, as well as those from Slovenia who haven’t yet been – whether young or old(er)! – I would urge you to go and take a look, as describing it here doesn’t do it justice, though I will give it a (brief) go! 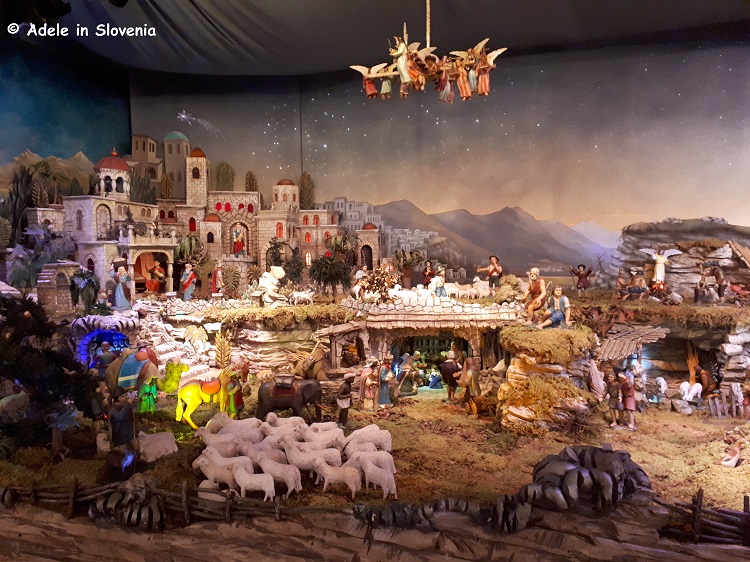 Tržič was formerly known for its shoemaking tradition, and the nativity scene was made by the local shoemaker Jožef Ribnikar (1902 – 1970). He started carving the figures from linden wood using a cobbler’s knife when he was still a youth and began setting up the nativity with scenes from the birth of Jesus in 1935, adding the last figures in 1970. 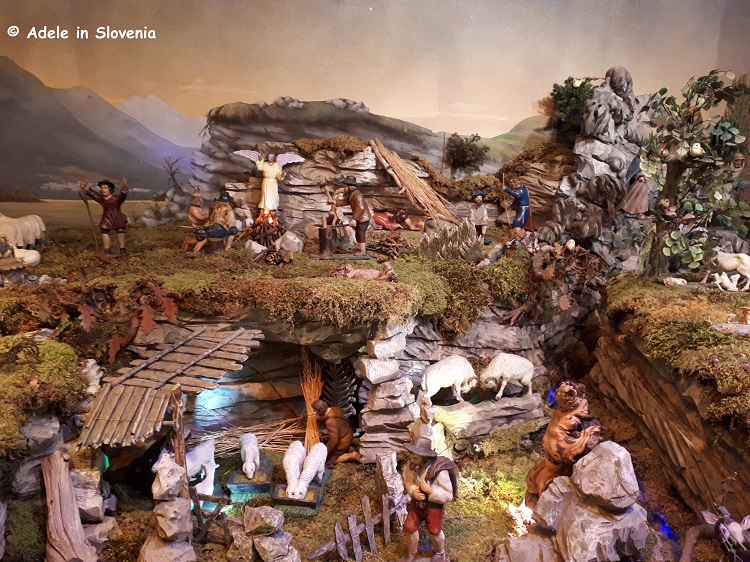 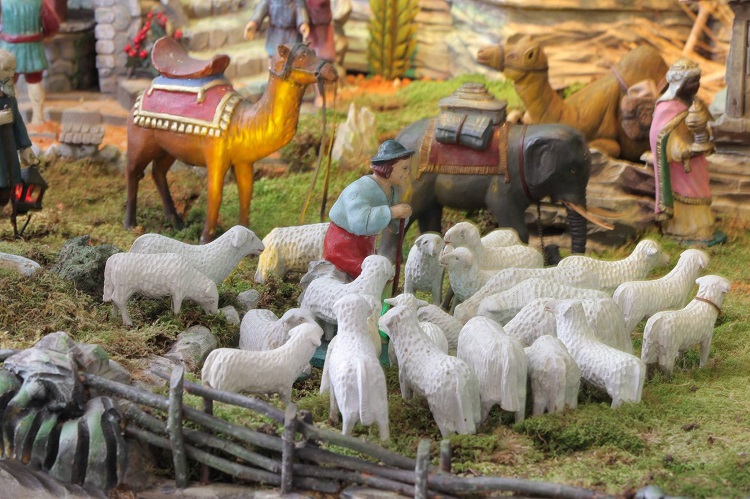 The amount of painstaking work that must have gone into making it is apparent in the detail; some of the figures even move. But you need to take your time to look at it and appreciate it, as there is far more than first meets the eye! 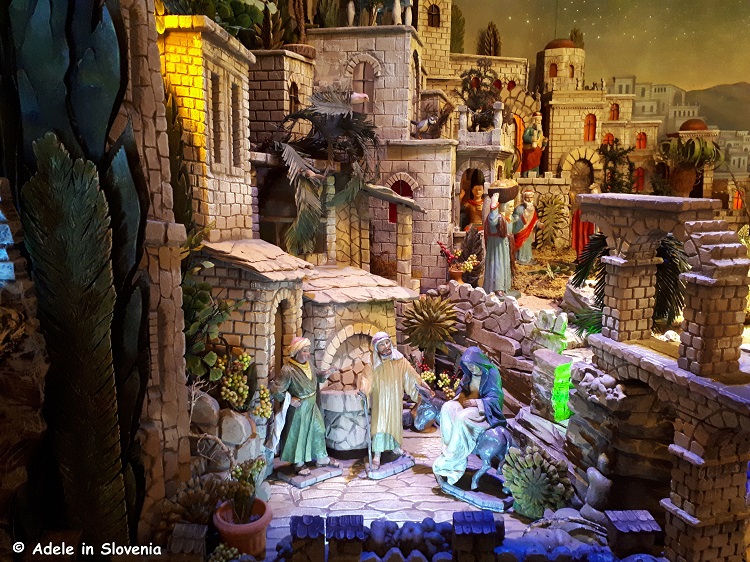 Nowadays Marjan Zupan, Jožef Ribnikar’s grandson, has taken over the reigns of maintaining the nativity scene, which is housed in the Ribnikar family gallery, and Marjan delights in proudly telling visitors about its history.

Whilst it is officially open daily from 25 December to 6 January from 9am – 7pm, provided you call or email in advance, visits can be arranged throughout the year by appointment.

You could also perhaps coincide your visit to see the nativity scene with a visit to see a live nativity play in nearby Žiganja vas on 20th/21st December. The event revives old Christmas customs and Father Christmas will be there to delight children too. More information here  – https://www.visit-trzic.com/en/events/zive-jaslice.html

So, be sure to make a visit to Tržič part of your festive season and a very Happy Christmas to one and all!