Hike and Dine on Dobrča!

The ‘green’ and relatively dry winter continues (though as I write, snow is forecast this Wednesday – yikes!), so, even if the weather is slightly cloudy as it was for our hike, you can enjoy a great hike to Dobrča to enjoy the views, the spring (in winter!) flowers, and the great food at the mountain hut! 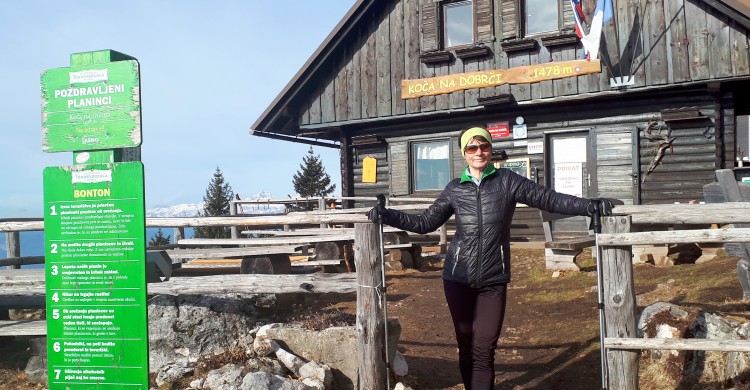 I was surprised when I first discovered that Dobrča is actually part of the Kamnik-Savinja Alps, not the Karavanke mountains as its position leads one to believe. Dobrča stands in a prominent position between Begunje na Gorenjskem and Tržič and can be reached on marked paths from numerous directions, among them those from Slatna (from the Begunje side), and Brezje pri Tržiču, Hudi Graben, and Srednja vas (from the Tržič side).

We were accompanied by spring flowers most of the way, which, in winter really bring a smile to the face! 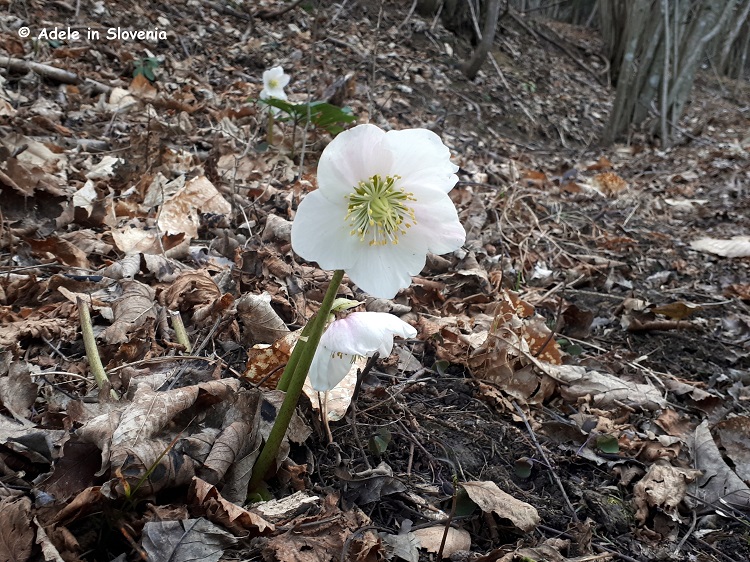 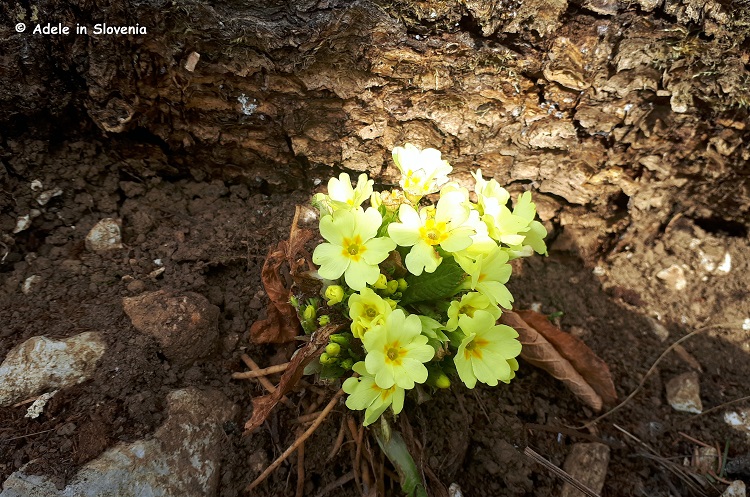 Depending on which path you take, it takes around 1.5-2.5 hours to hike up steeply through the forest to reach the Koča na Dobrči mountain hut (1,478m).

However, my advice is not to stop there (yet!) but rather to continue to the top (look for the signs that say ‘Vrh’), which takes around 30 minutes from the hut.

However, at the top itself, 1,634m, the views are fairly obscured, so, don’t stop there either (yet!)… having made it that far you simply must continue another 5 minutes or so to the Šentanski vrh viewpoint… 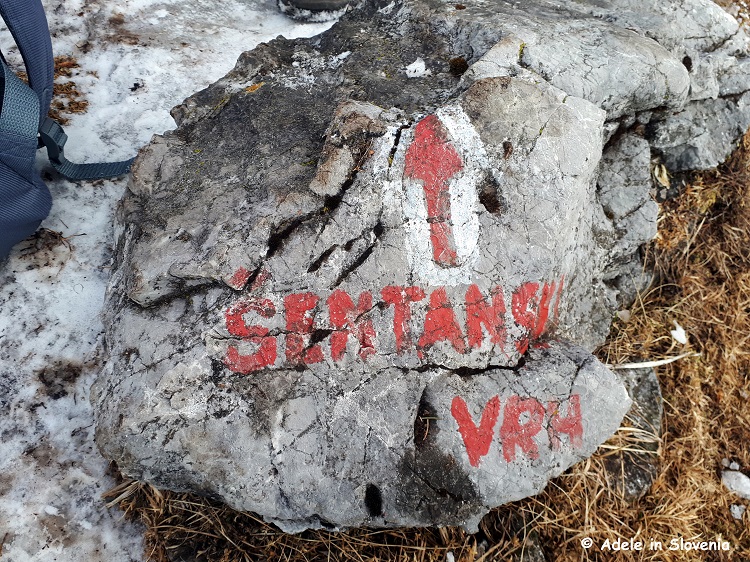 …where you are richly rewarded (even on a slightly cloudy day!) with views to the east of Tržič and the surrounding settlements, as well as the surrounding peaks of Storžič,Kriška gora, and the longest mountain in Slovenia, Košuta, in the background! 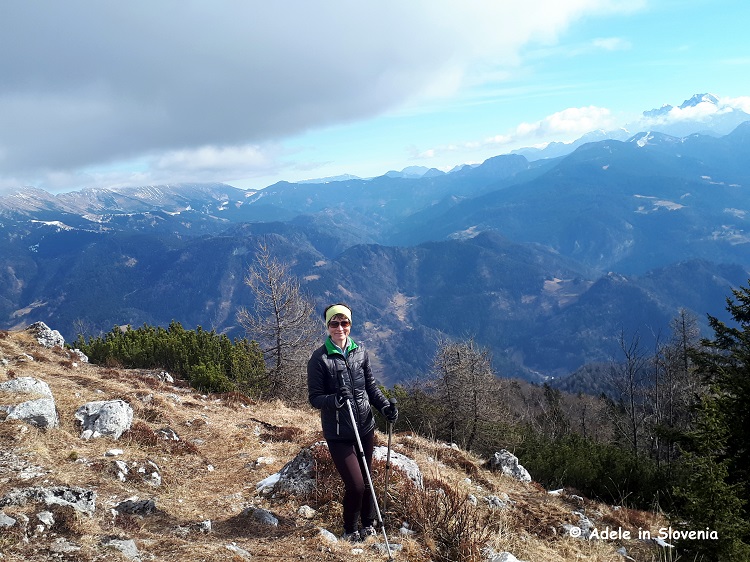 Then, having built up an appetite and as a ‘reward’ for your efforts, head (back) to the mountain hut for some sustenance! There’s plenty on offer including various soups, stews and sausages and, for the sweeth-toothed, štruklji, pancakes and strudel. 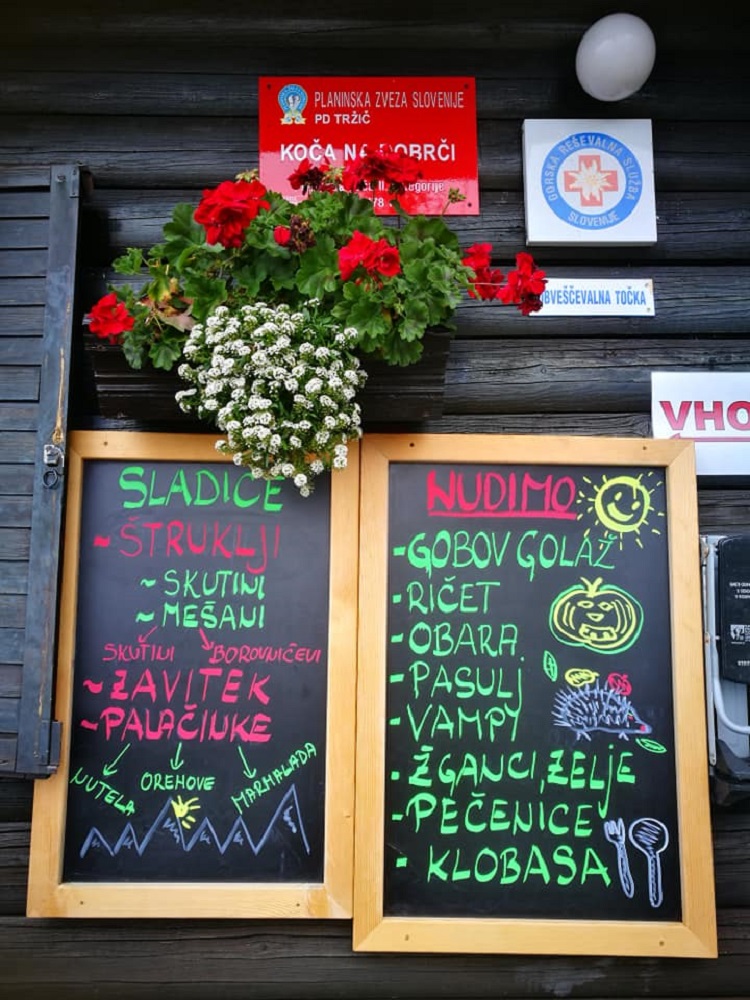 From the hut there are views of the snow-capped Julian Alps to the west, and towards the Ljubljana basin and, on a clear day, beyond, to the east. 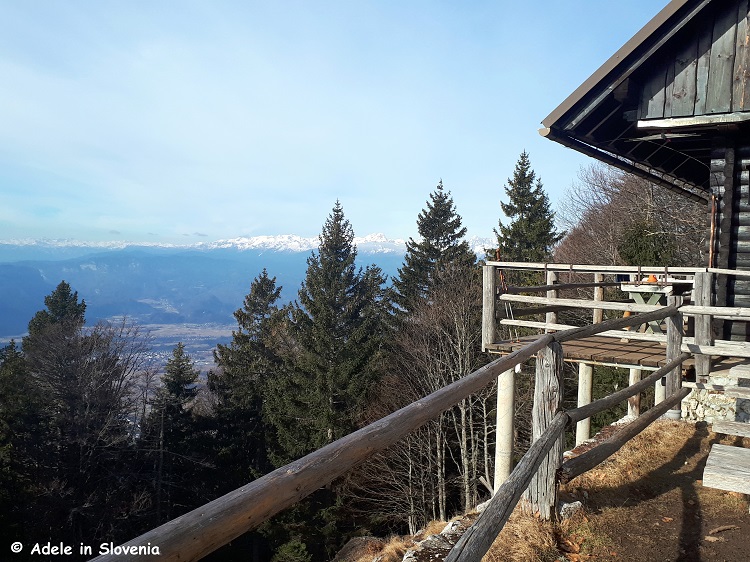 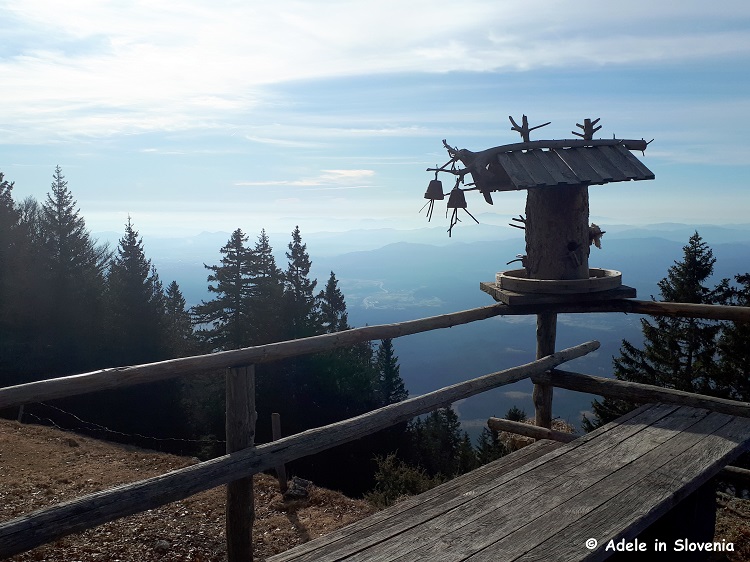 This is just one of many great mountain hikes in the Tržič area, many of which I have already blogged about and some that I still have in store for this year!