Despite being here over 12 years, I still get a kick out of being able to cover two countries in one hike, and the hike from Podljubelj in Tržič to Košutica (also known locally as ‘Ljubeljska Baba’) – part of the Karavanke mountain range – is up there among my favourites, not least because it makes a fab circular hike! 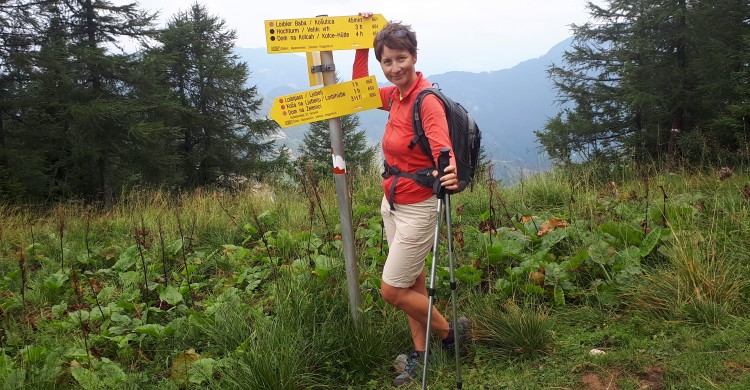 There are various ways of reaching the peak of Košutica; I like to begin from the monument next to the road and opposite the Mauthausen concentration camp in the St. Ana valley, which is located on the road from Tržič towards the Ljubelj pass to Austria. 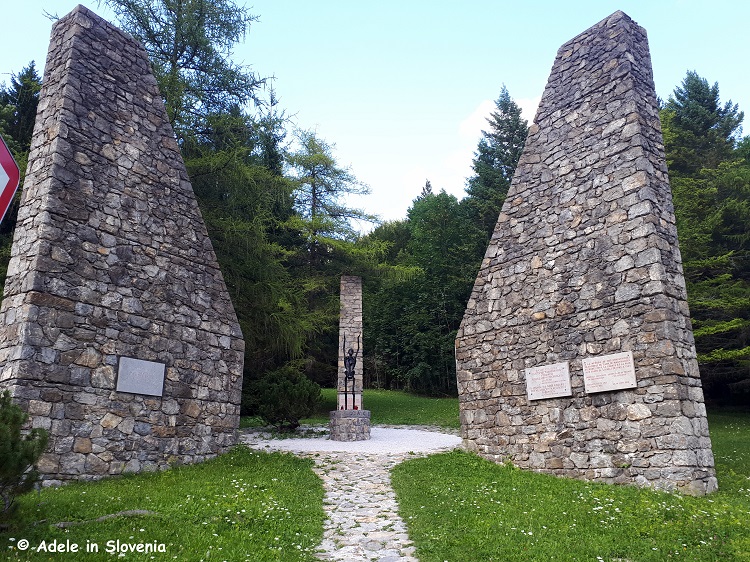 The Hunters’ path (Lovska pot) winds its way up through the forest towards the Korošica mountain pasture. It is sparsely marked but well trodden, so orientation shouldn’t prove too much of a problem, well, unless the valley is shrouded in cloud as it was last Sunday morning! 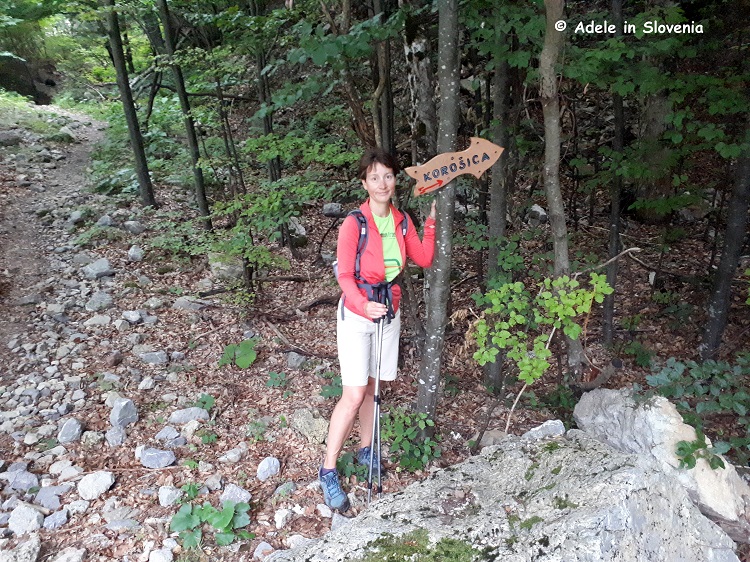 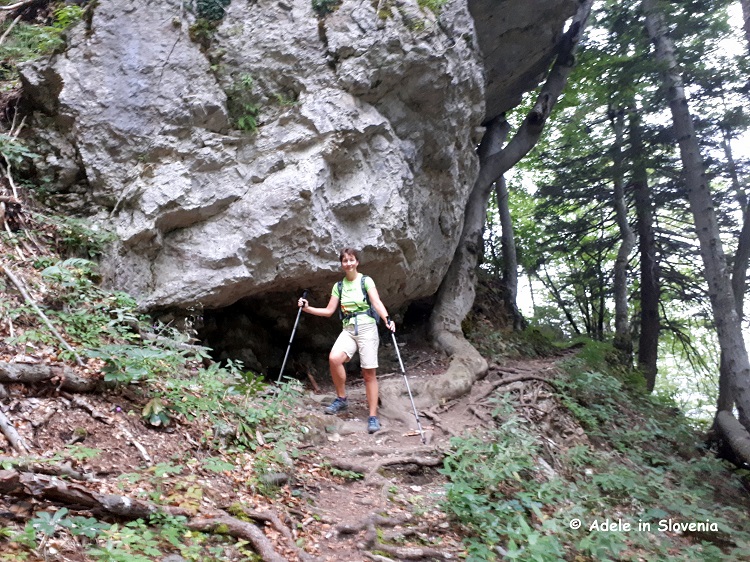 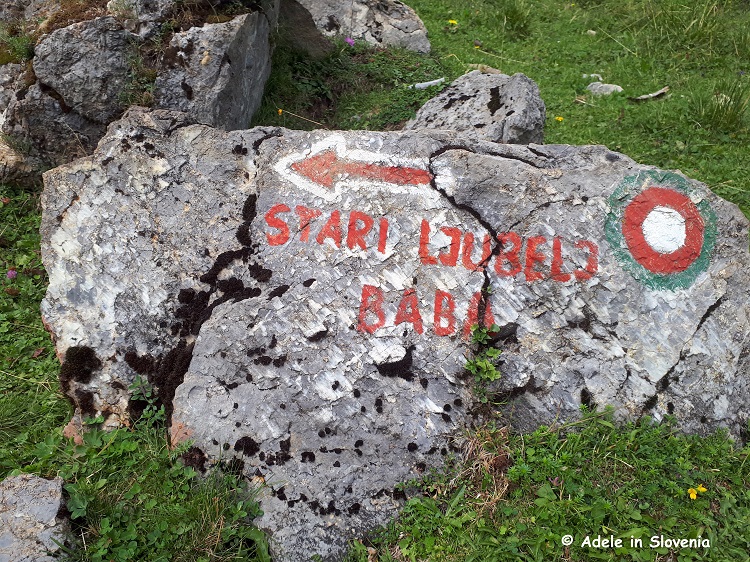 Although I try to pick perfect sunny days for my hikes – both for my enjoyment and in order to get good pictures for my blog – the weather doesn’t always play ball, and despite waiting around 20 minutes at the top, sheltering from the wind in the vain hope that the cloud might lift revealing the magnificent scenery below, it didn’t – well not at least until we had descended from the peak! 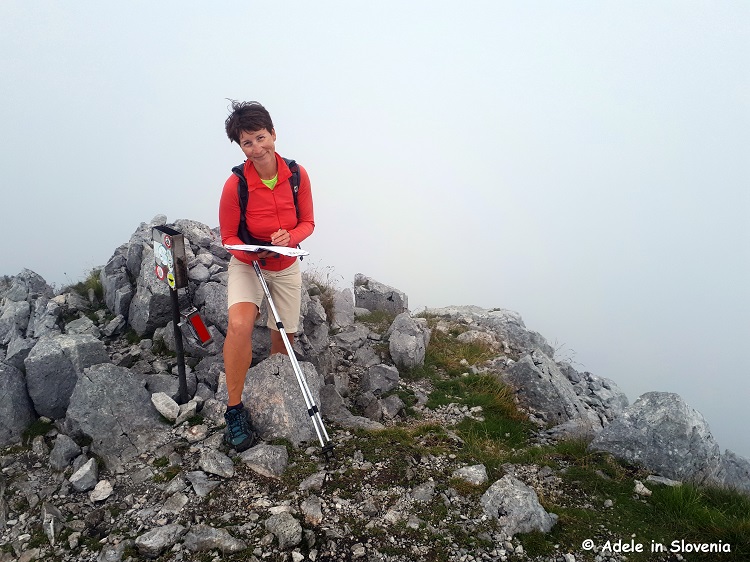 At least I had a flask of tea to warm me up! 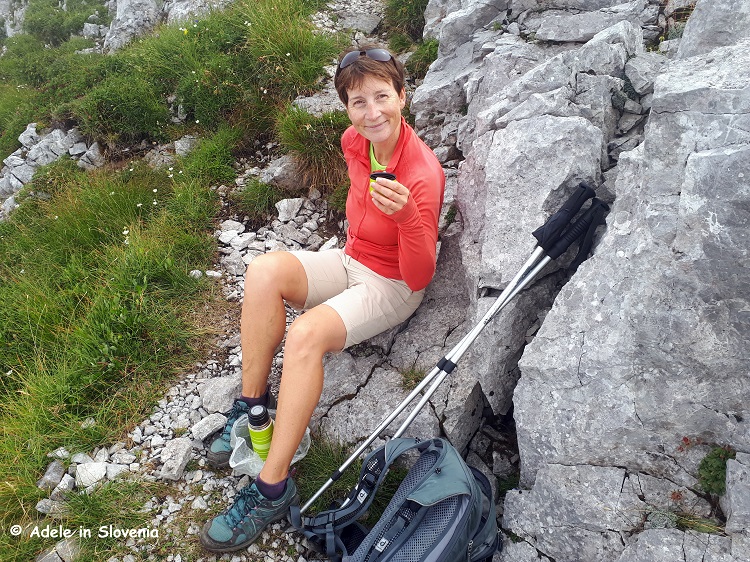 The fog didn’t deter this pair, who obviously know where to find food!. They were so tame it was amazing, almost eating out of our hands! 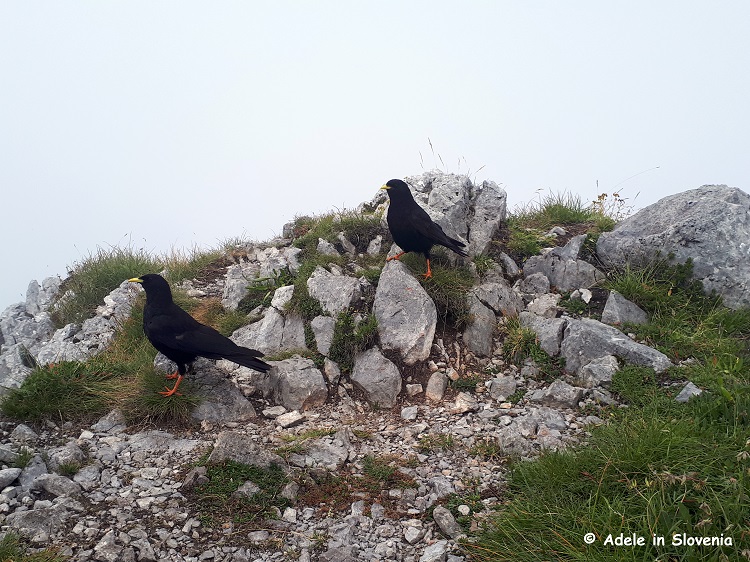 And then, of course, the inevitable happened. As we began to descend the fog lifted, as did our spirits, the wind died down and the sun began to break through. 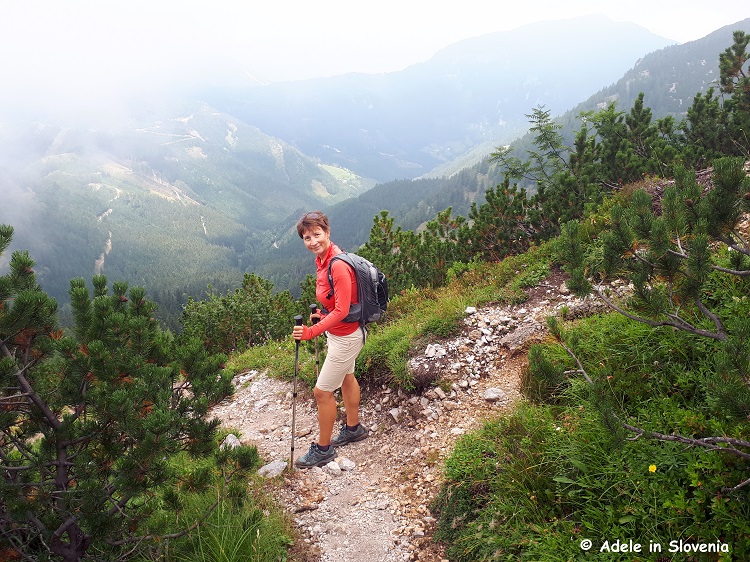 We could even finally see the cows that we had previously only been able to hear – these ones are Austrian (can you tell?!), since they are on the Austrian side of the border! 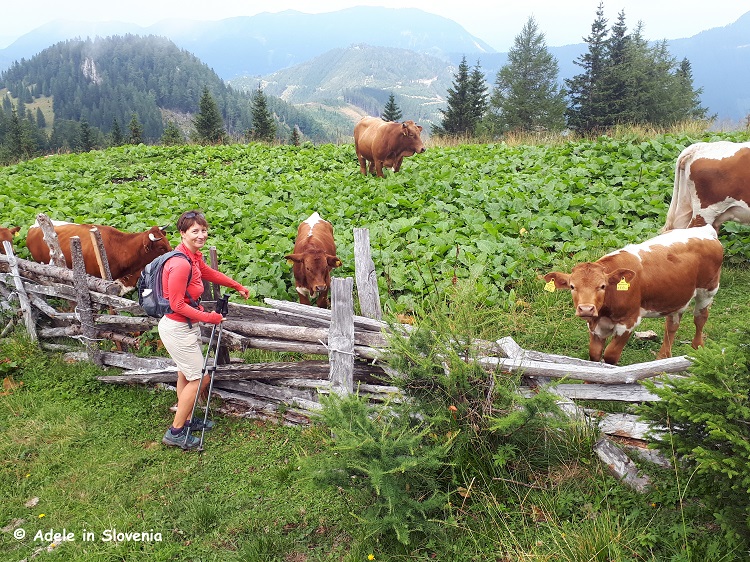 The donkeys we met on the way down, however, were most definitely Slovenian! 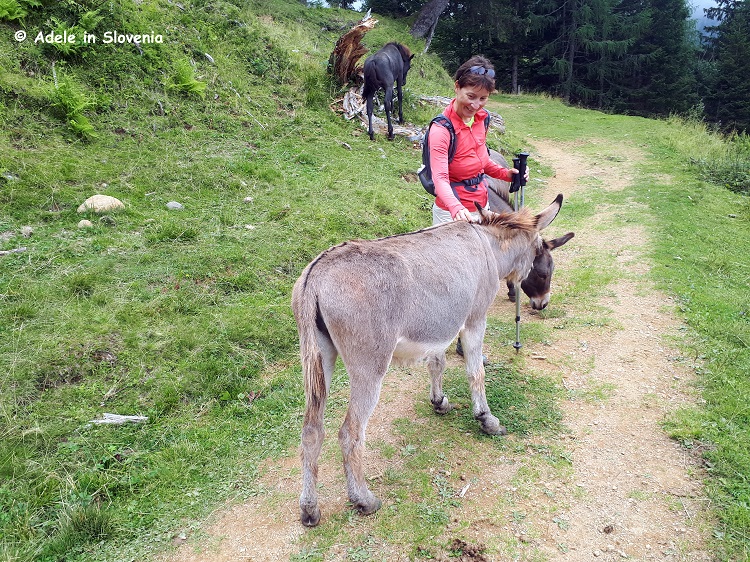 From the junction of paths, you can either return the same way, walk down to the mountain hut on the Korošica mountain pasture, and/or follow the path adjacent to the fence that forms a border between Slovenia and Austria – we opted for the latter two, i.e. first down to the hut for some sustenance, then back up to the junction and into Austria. 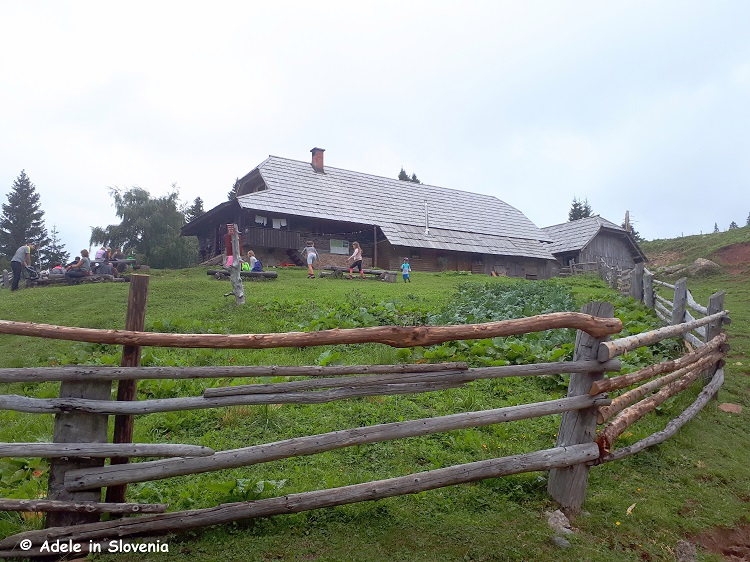 The hut is only open during the grazing season – usually mid-June to mid-September. It offers typical Slovenian mountain food, such as Carniolan sausages, buckwheat with pork crackling, sour milk, and, if you arrive early enough (we clearly didn’t – not that I would have been able to indulge anyway, sadly), freshly-baked strudel and potica. 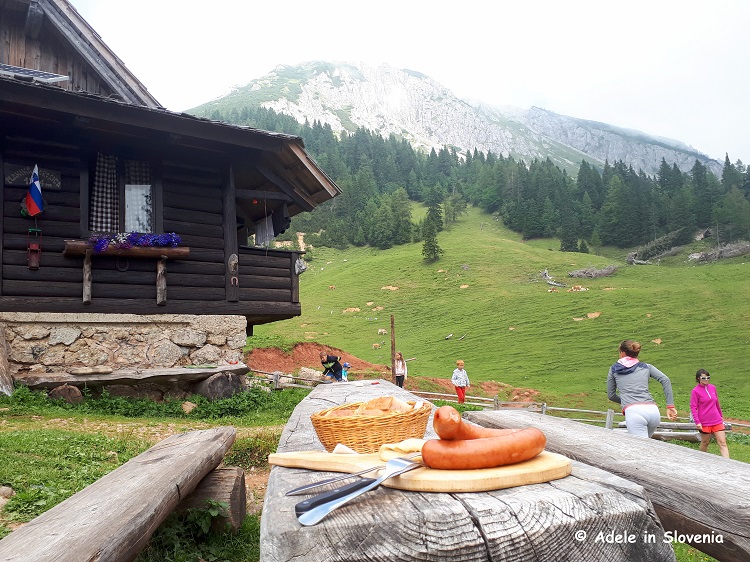 Feeling fortified, we walked back up to the junction of paths, then followed the path along the border, from where there are wonderful views back towards Košutica – now looking magnificent in the sun! 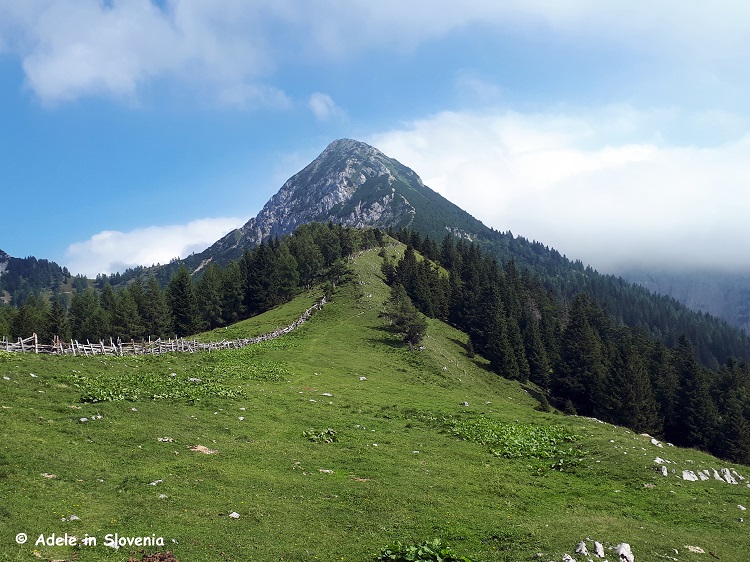 The path continues along pastures before descending to an iron ladder. I wouldn’t advise this route when it is, or has recently been, wet, as in places it is rather steep, muddy and slippery when wet. 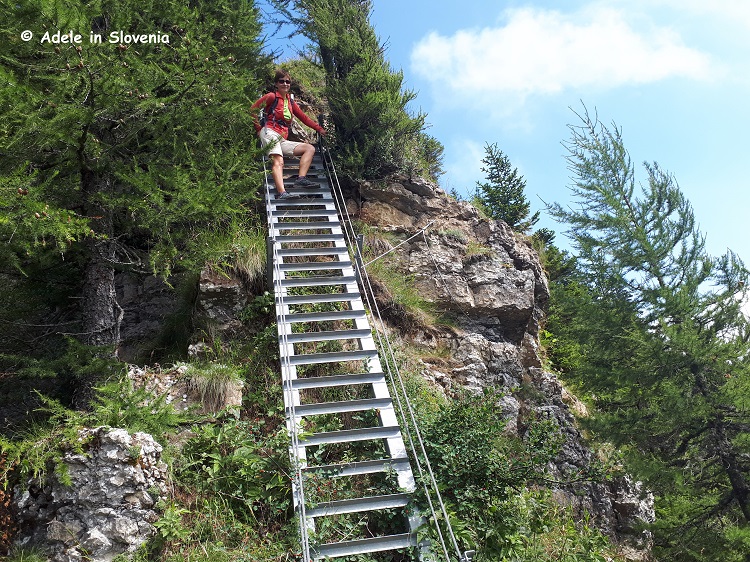 After a while the path eventually descends to reach a forest road (in Austria!), where we turned left and walked slightly uphill for around 5 minutes before reaching the Ljubelj pass – the oldest road pass in Europe – and returned back into Slovenia. 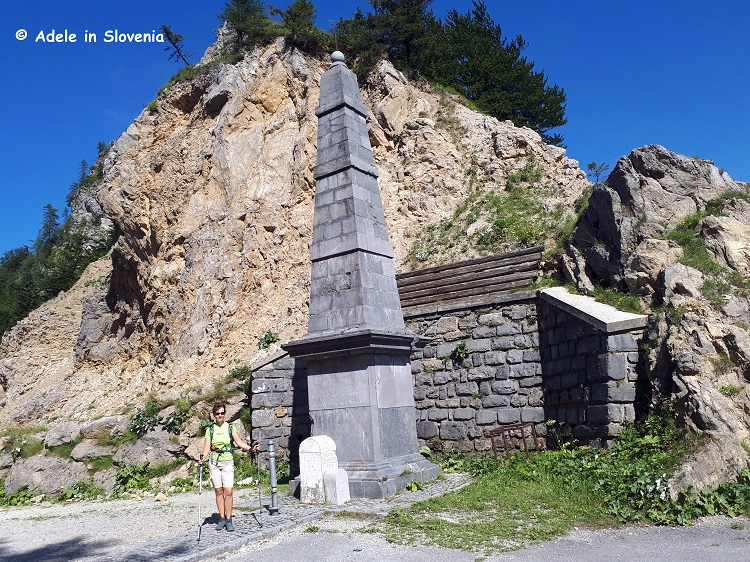 You can visit the Koča na Ljubelju mountain hut (1369m) for (more) refreshments, if required, before making the cca. 45 min walk back down to the start. 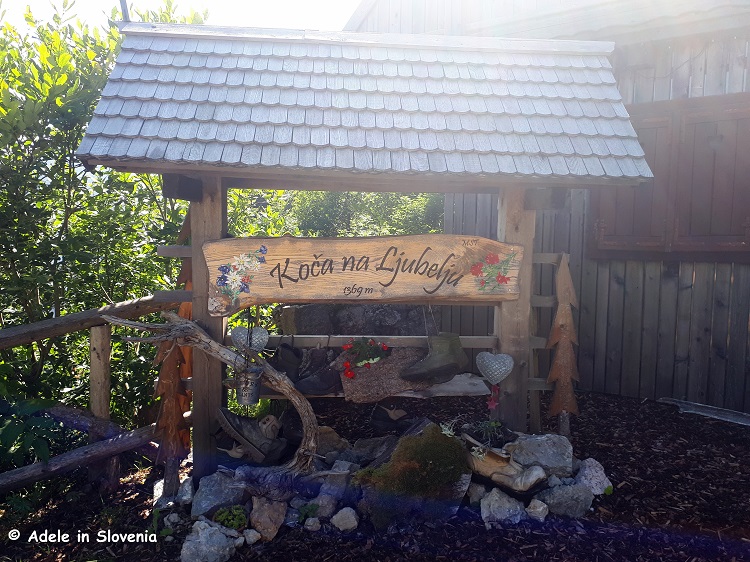 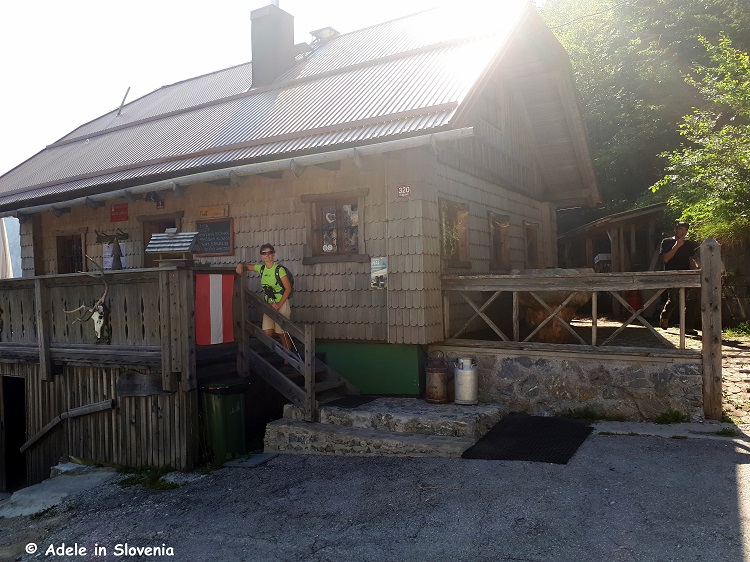 And that rounds off another great hike in the Karavanke mountains in Tržič! Click here to find out more about what you can see and do in the area.